What is stress incontinence?

Stress incontinence has nothing to do with psychological stress, but more to do with excessive pressure on the bladder and abdomen, and is generally caused by weakened or damaged pelvic floor muscles. Because the weakened pelvic floor muscles are not able to absorb the extra pressure on the bladder that occurs during exercise or other physical activity, leakage occurs.

Some people with stress incontinence will experience occasional leaks of just a few drops, while others start to avoid certain activities because they are unable to stop the leak.

Stress incontinence is most common in women, especially during and after pregnancy or menopause. Smoking, obesity and some forms of surgery may also lead to an increased risk of stress incontinence.

The causes of stress incontinence are different for men and women, but the consequences can be annoying for anyone affected. 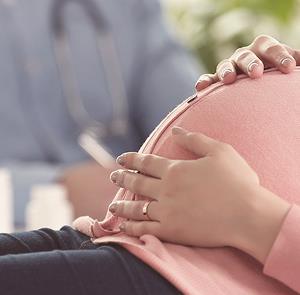 Weakened or damaged pelvic floor muscles in women are often caused by hormonal changes during pregnancy. While those hormonal changes are necessary for the child to develop and to prepare the mother's body for delivery, they also cause unpleasant pregnancy ailments such as nausea, mood swings and involuntary urination.

Read more about incontinence and pregnancy

The female body goes through a lot of changes during menopause. Due to the decrease of estrogen the muscle strength in the pelvic floor decreases, which can result in involuntary urination under pressure for many women as they go through menopause.

If stress incontinence is known to be caused by pregnancy, the symptoms will generally disappear with time.

Pelvic floor muscles and the bladder

How to choose the right product

Good continence care: there are many factors to consider when choosing the right incontinence product for your individual needs. Let us guide you